What do coal mining and electromobility have in common? At first glance: very little! Coal mining is a thing of the past and ended in Saarland in 2012. Electric cars are the future and gradually replace the current fleet of internal combustion vehicles. Yet, both are connected by lithium. Mine water from the former mining tunnels contains this valuable raw material needed to manufacture lithium-ion batteries. Lithium extraction from mine water is explored by the MERLIN research project (MERLIN: mining water lithium extraction) by Prof. Volker Presser at the INM – Leibniz Institute for New Materials, Saarbrücken. The two-year project started in November 2020 and is supported by the RAG Foundation with 300,000 Euros. Bärbel Bergerhoff-Wodopia, member of the RAG Foundation board: “Mine water management is a central component of the long-term post-mining tasks, the financing of which is the purpose of the RAG Foundation. We are convinced of the opportunities brought forth by exploring mine water. That is why we are delighted to support this project.”

In Ruhr and Saar’s former coal-mining region, rain and surface water penetrate rock layers hundreds of meters thick before collecting in the former tunnels and finally emerging as mine water. As it flows through the rock strata, the water is enriched by elements such as sodium, potassium, or calcium. More importantly, effluent mine water also contains highly attractive elements for industry, such as strontium, barium, or lithium. “Our approach is to understand mine water as an opportunity for eternity and to make it usable as valuable water through innovative technology,” Volker Presser explains the objective of his project. In Germany, for example, an estimated 1900 tons of valuable lithium are lost each year, flowing away unused with the mine water, for instance, via rivers such as the Blies and Saar.

Lithium plays a central role in the energy transition and has become a key industrial and strategic element for electromobility. This applies especially to Germany as an industrial location with its essential automotive sector. As a result, billions of Euros are being invested in developing new concepts for electric vehicles. As lithium deposits in Europe amount to only 1-2% of global production and demand is much higher, the expensive metal must be imported from countries such as Chile and Argentina, where it is extracted under hazardous conditions to the environment and health.

Thus, electromobility’s success is closely linked to the development of new resources and innovative technologies for lithium extraction. The MERLIN project is based on ion-selective electrochemistry, which Volker Presser has been researching for several years for water desalination. Mine water first flows through an electrochemical cell in the MERLIN process, which contains two electrodes with different polarities. During charging, lithium and chlorine ions are attracted to one electrode each, while all other solutes leave the cell with the mine water. Freshwater then flows into the cell and collects lithium and chlorine in the form of lithium chloride. This process is repeated several times so that lithium chloride concentration in the water continues to increase. After evaporation of the residual water, it finally exists as a solid. Since the invested electrical charge is mostly recovered during discharging, the MERLIN process is energy-efficient.

The project comprises various work packages for over24 months. They range from the analysis of mine water, particularly water from the former Saarland mines in Reden and Camphausen, to the optimization of the electrode material in the MERLIN cell, to the development of a demonstrator and economic feasibility analysis. Prof. Presser is assisted in the implementation by INM’s InnovationCenter. Dr. Karsten Moh, head of the INM InnovationCenter, is sure: “The project is an ideal link between the cutting-edge research at INM and the technology transfer of the InnovationCenter! We actively support it with personnel and infrastructure. To this end, we investigate the upscaling of the technology and consider it in the overall process.”

MERLIN is also supported by the Saarland State Chancellery, which actively accompanied the acquisition of funding from the RAG Foundation from the submission of the approval application. 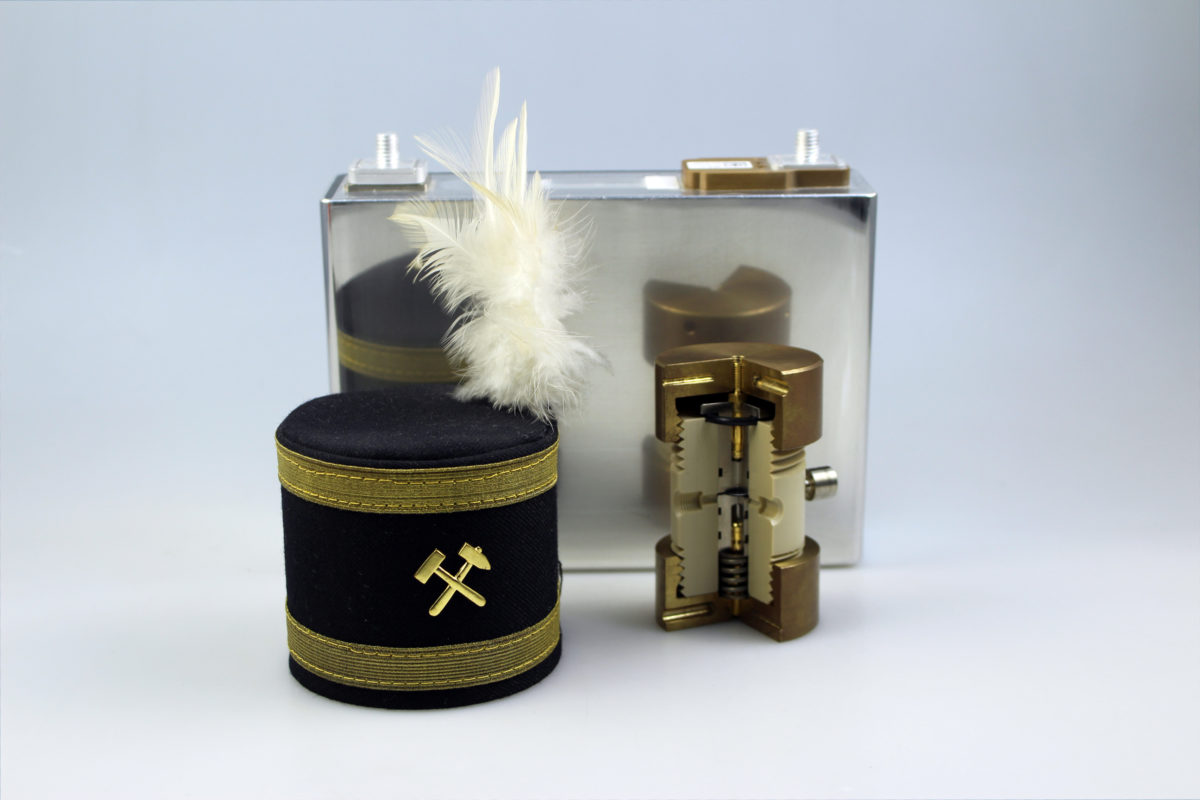 US Excellence in Adhesion Award for Eduard Arzt