Due to the special arrangement of its molecules, a new coating made of corn starch is able to repair small scratches by itself through heat: The cross-linking via ring-shaped molecules makes the material mobile, so that it compensates for the scratches and these disappear again.

Superficial micro-scratches on the car body or on other high-gloss surfaces are harmless, but annoying. Especially in the luxury segment such surfaces are characterized by their flawlessness and lose their value due to micro-scratches. A new paint from Saarbrücken researchers now could provide a solution: Due to the special arrangement of its molecules, maize starch based coating is able to repair small scratches by itself through moderate heat treatment. The cross-linking via ring-shaped molecules makes the material flexible, so that it compensates for the scratches and they disappear again. The new coating was developed by INM experts together with scientists from Saarland University.

The developers will be presenting the coating with a live demonstration at this year’s Hannover Messe from 1 to 5 April at Stand C54 in Hall 5.

The scientists used ring-shaped derivatives of corn starch, so-called cyclodextrins, for the network structure of the lacquers. These cyclodextrins were threaded like pearls onto long-chain polymer molecules. In the polyrotaxanes produced in this way, the cyclodextrins on the polymer thread can move almost freely on certain sections on the linear polymer and are prevented from unthreading by bulky stopper molecules. The pearl chains are cross-linked by a chemical reaction. “The resulting network is flexible and elastic like a stocking,” explains Carsten Becker-Willinger, head of the Nanomers program division at the INM. When exposed to heat, the cyclodextrin rings migrate back along the plastic threads into the area of the surface scratch, thus compensating for the gap formed by the scratch.

For a functional coating with higher mechanical stability and weather resistance, the INM scientists changed the composition of the polyrotaxanes by adding further ingredients such as heteropolysiloxanes and inorganic nanoparticles. At the same time, they were able to reduce the original repair time from several hours to just a few minutes. “As part of numerous application tests for different mixing ratios in combination with artificial weathering tests, we investigated pre-painted surfaces on which we applied the new coating as a topcoat,” says chemist Becker-Willinger. It is now possible to remove micro-scratches in just one minute at 100 degrees Celsius. In their series of tests, the scientists took into account the standard ISO guidelines of the paint industry. “An industrial application is only conceivable if we fulfil these standard guidelines,” Becker-Willinger summarizes the current state of research.
The scientists are currently working on transferring the production of the coating from the laboratory scale to the pilot plant scale. Only then the basis be will provided for large-scale production. The INM is open to cooperation with interested companies for the next step in converting development into applications.

Background:
The coating has been funded by the Federal Ministry of Education and Research (BMBF) with a total of 1.1 million euros as part of the research project ” Selbstheilende Fahrzeuglacke auf Basis von Cyclodextrin-Polyrotaxanen ” (FKz. 03VP01052) as part of the VIP+ funding measure since 2016. The funding measure “VIP+ – Validierung des technologischen und gesellschaftlichen Innovationspotenzials” aims to close the gap between initial results from basic research and a possible application. VIP+ will fund research and development work in projects of up to three years with up to 1.5 million euros. Further information can be found at https://www.bmbf.de/de/vip-technologische-und-gesellschaftliche-innovationspotenziale-erschliessen-563.html 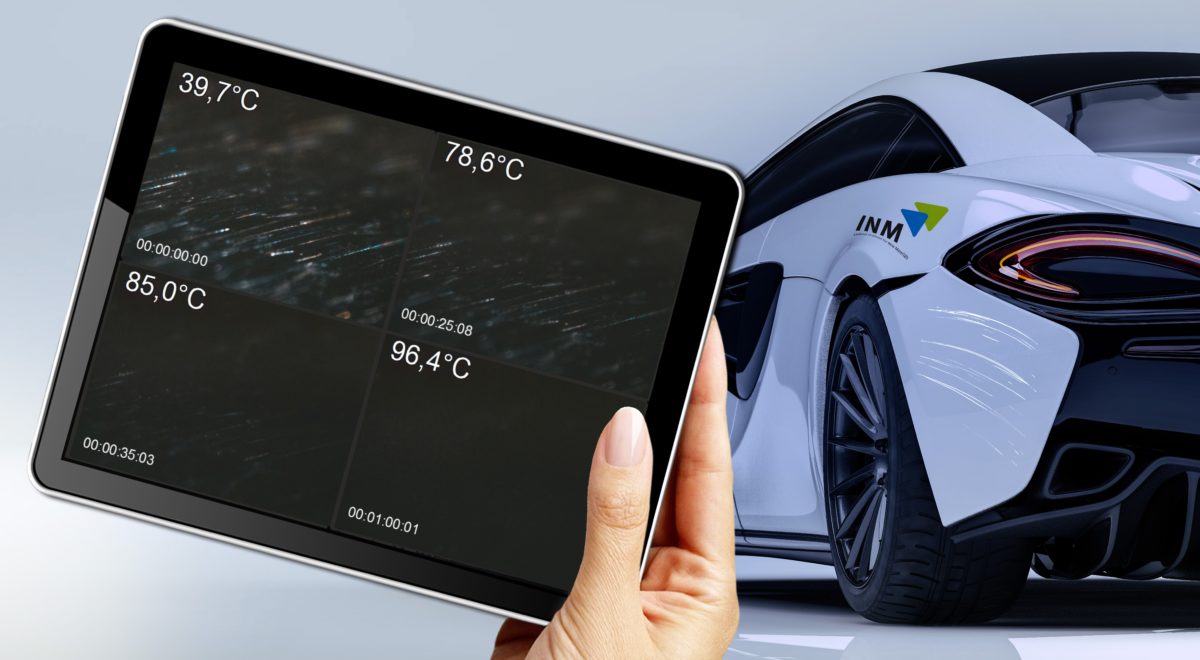