In many processes in nature and industry, small objects form ordered layers in liquids on solid surfaces. Standard models describe the objects as spheres with homogeneous surfaces, but many particles have flattened sides – for example, if they are made of metal. Scientists at the INM – Leibniz Institute for New Materials in Saarbrücken and the University of Sydney have recently shown that such polyhedral particles form completely different structures than spherical particles. The properties of the resulting materials, and potentially their recyclability, are also distinct. The results of the research cooperation have now been published in the renowned journal Advanced Materials.

Imagine a master bricklayer teaching his apprentice the art of building walls by saying ‘All bricks are identical cuboids. If you stack them directly on top of each other, you will get a perfect wall – it has been done like this for thousands of years since ancient Egyptian times.’ When asked to build a wall from a pile of irregular stones, the apprentice lays the stones one directly upon the next without further though. To his surprise, the wall that he builds has an interesting new form, but it is far from straight! With no parallel sides and edges, the stones do not stack in the same way as bricks. A straight wall could have been obtained only by a very particular arrangement.

Until recently, tiny particles that are used to make useful materials have been treated the same way the apprentice treated his stones. Numerous models and theories describe the particles as perfectly regular – in this case, as spheres. However, they usually have flattened sides, so-called facets, and therefore do not always behave as simple spheres. A team led by Dr. Arixin Bo, Prof. Niels de Jonge and Prof. Tobias Kraus, INM – Leibniz Institute for New Materials and Saarland University, has now been able to prove that these facets determine how the particles arrange themselves. Niels de Jonge explains: “The model of spherical particles with homogeneous surfaces is too simplistic. For a more comprehensive understanding, in-situ investigations on the nanoscale were necessary. Using liquid-phase scanning transmission electron microscopy (LP-STEM), we investigated the interactions that govern the self-assembly of particles in liquid. In the process, we were able to identify various unexpected geometric structures. We did not understand these at first. Through modeling performed in collaboration with a research group from the University of Sydney, we found that it is the flattened faces of the particles that determines the shape of these structures.”

Tobias Kraus, head of the Structure Formation Group at INM, sees the new knowledge as an opportunity for materials research. “We can produce thin layers from the particles, for example, to print flexible electronic components. How the particles are in contact with each other plays a major role here. More electrical current can probably flow through a large contact area between two flattened facets than through spheres that can only connect to each other through a single point.” Such effects can also play a role in recycling, which relies on the ability to separate the components of complex devices. According to Kraus, understanding how the individual components interact is therefore critical to designing the recycling approach: “Batteries contain a mixture of different particles, for example. If these are to be separated from each other at the end of their lives to make new batteries, it makes a difference how tightly they are connected. We need to understand their packing to make them easier to separate.”

Your experts at INM 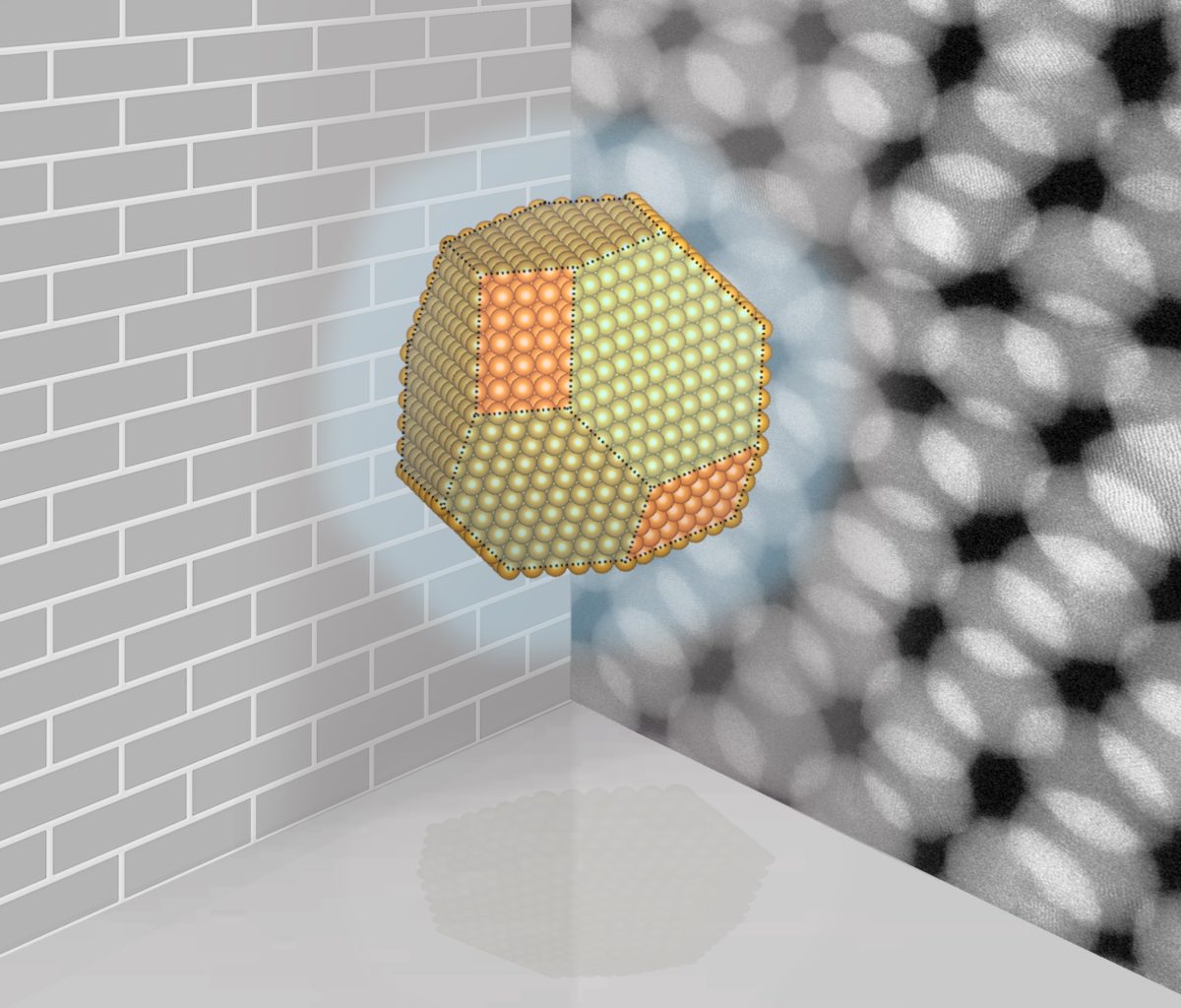