Scientists at the INM present a Cobot for the first time which is equipped with microstructured surfaces for the handling of objects. Because these structures are very soft and have no sharp corners or edges, the risk of injury to humans is further reduced.

Collaborative robots are a new generation of robots for direct cooperation with humans, even without a safety distance or protective cages. Scientists at the INM – Leibniz Institute for New Materials now present a Cobot for the first time which is equipped with microstructured surfaces for the handling of objects. Because these structures are very soft and have no sharp corners or edges, the risk of injury to humans is further reduced. The soft Cobot can be seen at this year’s Hannover Messe in Hall 5, Industrial Supply, in the Surface Technology Area at Stand C54.

“Our innovative adhesive systems are made of a highly elastic material. The gripping and detaching of objects is affected by smart surface structures. This enables us to dispense with pointed grippers or tweezers,” says Eduard Arzt, Scientific Director and Head of the Functional Microstructures Program Division. As a result, objects can be transported and deposited in the production process without any risk of injury to humans or damage to the objects. The adhesive structures are particularly suitable for sensitive parts, such as devices for the automotive, semiconductor and display industries.

“Our innovation can be expanded to include all processes in which Cobots are used, even in challenging environments such as vacuum. We are confident that our Gecomer® structures will also conquer this market”, adds Karsten Moh, Head of Gecomer® Applications at INM.

Regardless of whether the structures are used in robots or in Cobots, researchers at INM have not only proven the suitability of Gecomer® in various industrial environments. In their InnovationCenter, they also successfully developed an advanced roll-to-roll process, which enables the adhesive structures to be produced in large quantities at low cost.

Background
With its planned spin-off company INNOCISE, INM is taking the developments of Gecomer® adhesive structures to the market. INNOCISE was nominated for the Leibniz Start-Up Award, the “Leibniz-Gründerpreis 2019”. 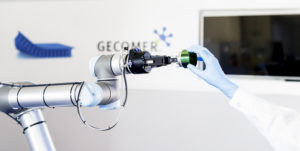 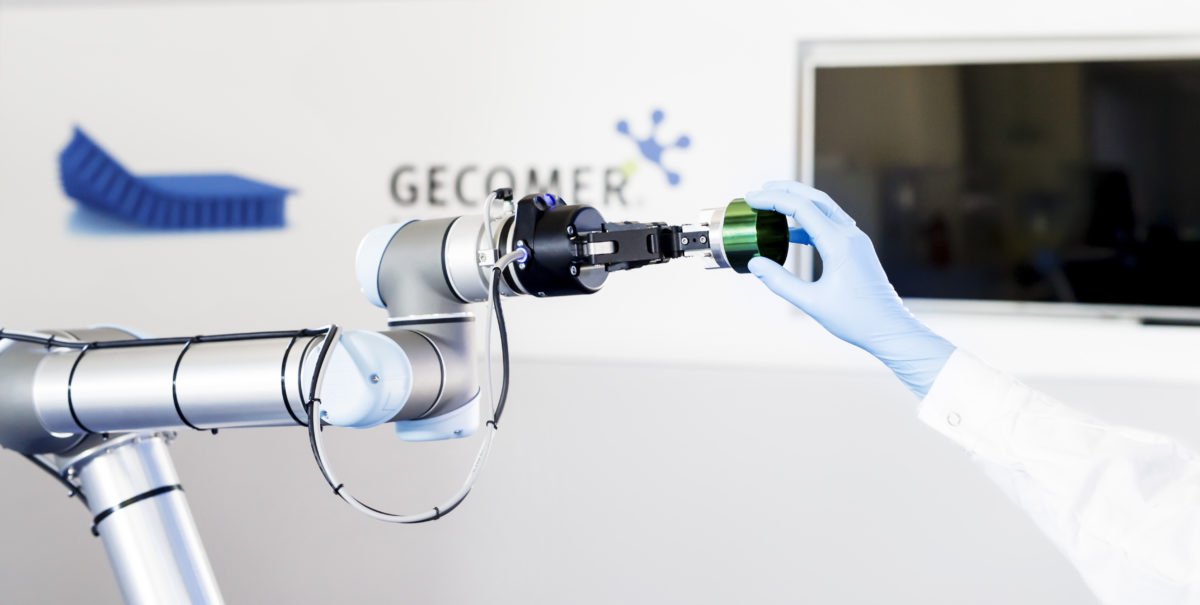