Heiko Rieger from Saarland University is the seventh Fellow of the INM – Leibniz Institute for New Materials. The professor of theoretical physics will complement the biologically oriented work of the institute with theoretical aspects.
Statistical physics, theoretical biophysics and computer-based simulations are Heiko Rieger’s specialities. One of his focal points is processes in biological systems, such as the behaviour of immune cells or the growth of tumour cells. These also interest the researchers at the INM, and together with Rieger they now want to bring theory and practice together: “If we understand mechanistically how certain biological processes, for example in cells, organise themselves, we can use this for the development of new biomaterials,” explains Aránzazu del Campo, Scientific Director of the INM.

With the “Dynamic Biomaterials” group she leads, Rieger will investigate the processes at the so-called immunological synapse, the place where immune cells come into contact with other cells, such as cancer cells. In addition, work on processes in biofilms and protein clusters is planned with other biologically oriented groups at the INM. For the physicist, the application aspect is also the attraction of this interdisciplinary cooperation: “Of course, I primarily want to understand how things work. But it is even nicer when something new can emerge from this understanding,” he emphasises. And this is exactly what the researchers want to achieve together: Their goal is to develop new types of biomaterials, especially for use in therapy and medicine.

As an INM Fellow, the INM awards selected scientists, especially from Saarland University, whose expertise complements that of the Institute. The appointment is for three years and enables the INM Fellow to access the professional and technical know-how at the INM. Heiko Rieger is the seventh INM Fellow.
Heiko Rieger has been a Professor of Theoretical Physics at Saarland University since 1999. After receiving his doctorate in Theoretical Physics from Cologne University in 1989, he spent postdoctoral periods at the University of Maryland and the University of California in Santa Cruz (both USA). In 1995 he habilitated at the University of Cologne and was a Heisenberg Fellow at the Jülich Research Centre until he moved to Saarbrücken. Visiting professorships took him to Tokyo Metropolitan University, the École Normale Supérieure in Paris and the Université Paris Sud. In 2016, the University of Szeged, Hungary, awarded him an honorary doctorate.
Rieger has been cooperating with the INM for a long time, for example in the Collaborative Research Centre SFB 1027 “Physical modelling of non-equilibrium processes in biological systems”, which is based at the university and of which he has been the spokesperson since 2013. 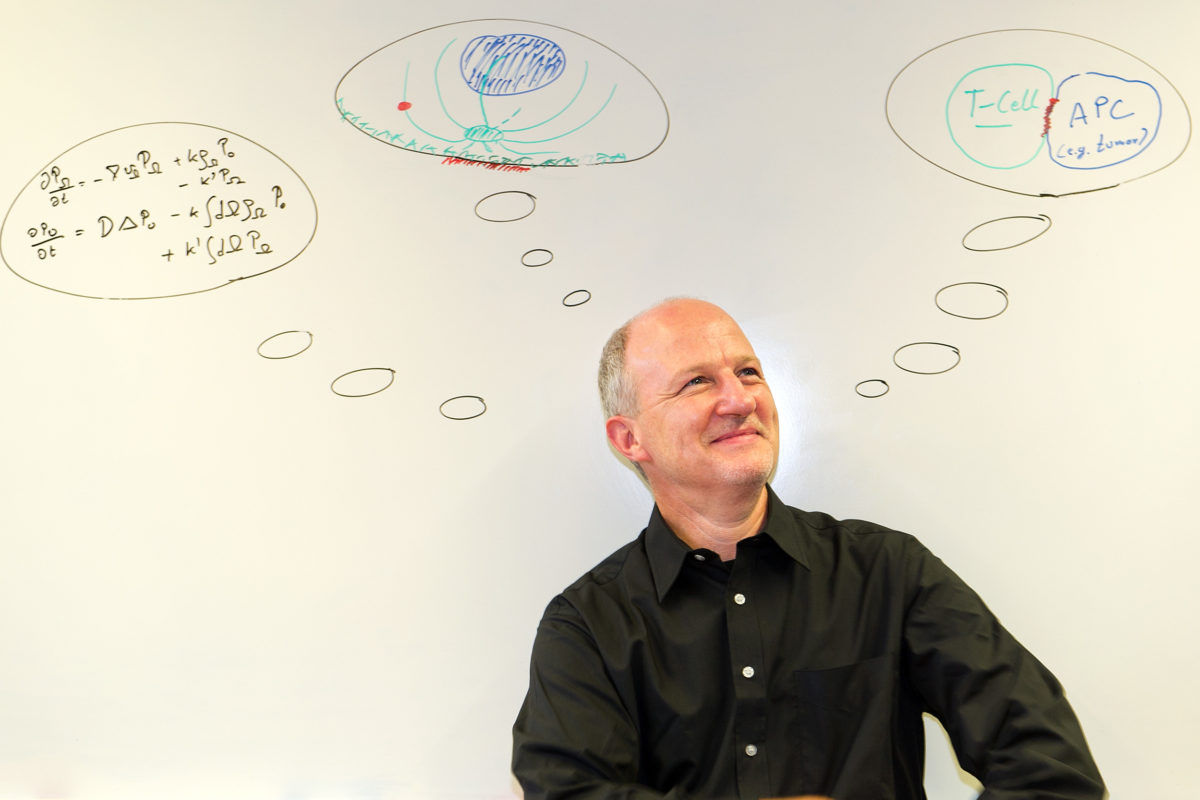