Eduard Arzt, Professor of New Materials at Saarland University and Scientific Director of the INM – Leibniz Institute for New Materials, was awarded the highest distinction of the TMS – The Minerals, Metals and Materials Society on the occasion of a research visit to the USA. At the invitation of the University of California in San Diego, he gave the Stanford S. and Beverly P. Penner Distinguished Lecture.

TMS – The Minerals, Metals and Materials Society is a US association of 13,000 members from more than 70 countries. At its annual meeting on 2 March in Anaheim, California, the professional association conferred the dignity of TMS Fellow on Eduard Arzt. This distinction is considered the Society’s highest award and comes with an honorary lifetime membership. The tribute cites the following merits: „for acting as a bridge between US and European materials research, global leadership, seminal contributions to the field, and leading major materials research institutes.” In his acceptance speech, Prof. Arzt emphasized the unique privilege of science to be able to form international connections, cooperations, and friendships, often outside geopolitical developments. International associations such as the TMS also played a significant role in this.

The University of California in San Diego (UCSD) has also invited Eduard Arzt to deliver the Stanford S. and Beverly P. Penner Distinguished Lecture 2022. It is held in honor of the founder of UCSD’s engineering program, and this time was the first event of its kind since the onset of the COVID pandemic. Stanford S. Penner was a native of Unna in North Rhine-Westphalia and was considered a pioneer in thermal physics and modern rocket propulsion. The high reputation of today’s Mechanical and Aerospace Engineering (MAE) Department at UCSD is due to the vision of his founding father at the time. This year’s Penner Lecture was held on 21 March as a hybrid event. The title of Eduard Arzt’s lecture was: “To stick or not to stick – how bioinspiration is changing micromanipulation”.

At the invitation of the University of California, Eduard Arzt is currently spending a research stay of several weeks in Santa Barbara. The aim is to model and simulate complex handling processes using gecko-inspired gripping systems. The focus is on explaining the maximum possible adhesive forces between microstructured polymer surfaces and various target objects, the manipulation, and placement of micro-objects, and the potential of such grippers to capture space debris. The leading cooperation partner is Prof. Robert M. McMeeking, holder of the Leibniz Chair at INM. 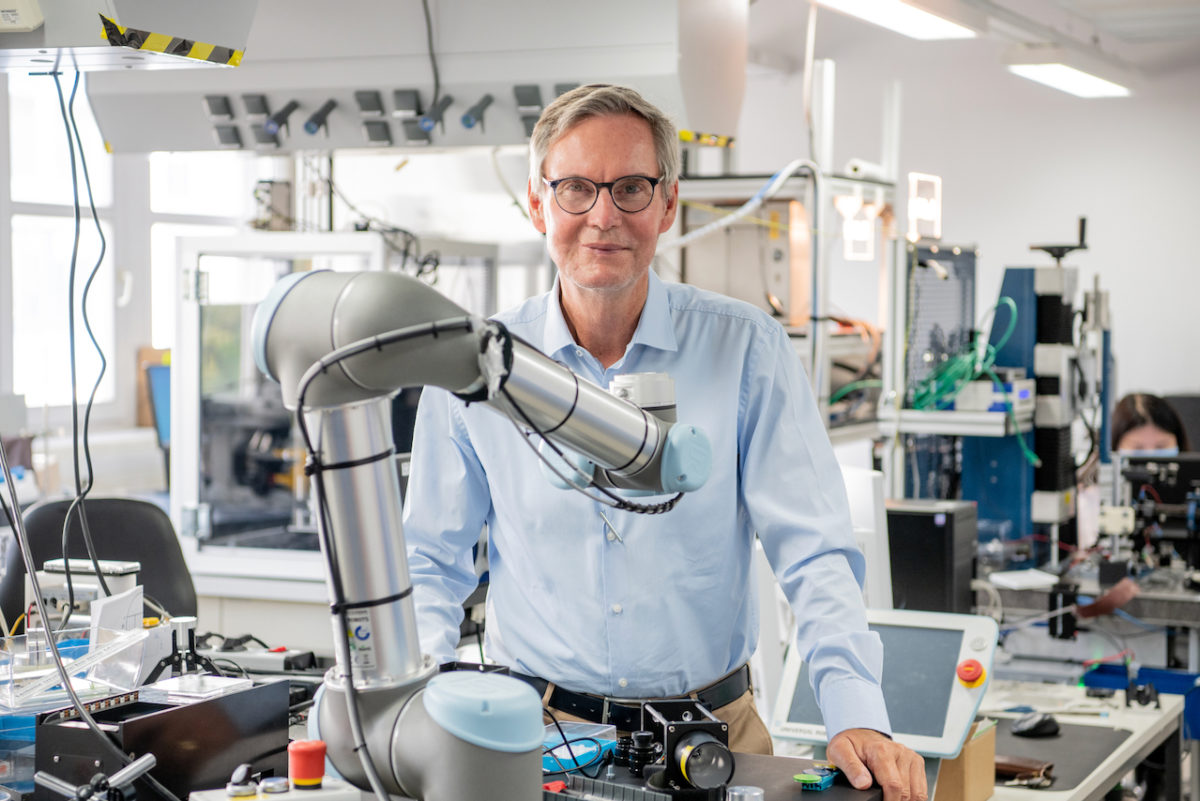